London, 23 March 2020 – As we have seen over this weekend, many British people gathered in parks and holiday spots then gaining the tag of ‘selfish’. But they all not just put at risk others lives, but their own, so ‘irresponsible’ and ‘not informed’ are more appropriate adjectives.

Evidently many are unaware of what the words ‘incubation period’ mean. And the fault for this ignorance is not totally attributable to them, but principally to institutions and mainstream media.

Too few information in fact has been delivered on coronavirus incubation period: the time frame of latency starting from when we catch the virus until we feel and show symptoms. This period lasts from 1 to 14 days; on the average it can last 5 days.

COVID-19 symptoms, like persistent cough, high fever, respiratory illness (and other symptoms, like diarrhea, shown in a smaller percentage of cases) can take up to two weeks to sho

Bloomberg today (23 March 2020) reported that Iceland found half of those who tested (a meaningful percentage of its population) resulted positive with no symptoms.

These people are silently, and unintentionally, spreading the virus. It’s also reported that classified data from China say that a third of those who tested positive to Covid-19 had delayed symptoms or none at all.

That means even if you catch coronavirus, over two weeks you might still look and feel healthy, without being aware of having the disease and feeling like going to the seaside or walking your dog in the nearest park (if this is allowed).

But while walking past somebody you could infect this person (or more than one) with your droplets which are not visible or controllable either, and this person could contract COVID-19 and later even die.

Those who go out during this pandemic probably did not understand what incubation period means and haven’t been reached by WHO information and guidance online or through media.

If you search for ‘coronavirus incubation period’ and clear explained guidance on this vital information, too a few links pop out. On social media nearly nothing.

For sure WHO pops out. But you have to search for this. It is not anything that reaches those who aren’t looking for information or want to know in particular how long incubation lasts or who are aware of what it’s about.

It’s not enough saying people ‘look, incubation lasts up to two weeks’, because many can’t understand what that does mean and what implies for them and others.

Urgent and more simple and complete, also visual, information should target all slices of the society (in all countries) to explain what coronavirus incubation means, they feel healthy and merry go round. They see apparent healthy people around and they do not understand that others might have COVID-19 and being on incubation period.

Bloomberg today (23 March 2020) reported that Iceland found half of those who tested (a meaningful percentage of its population) resulted positive with no symptoms. These people are silently, and unintentionally, spreading the virus. It’s also reported that classified data from China say that a third of those who tested positive to Covid-19 had delayed symptoms or none at all.

It’s too simplistic, then, saying to people ‘you are a covidiot, blaming them on social media, because media and governments, in the first place are responsible for this. Such a high number of people wouldn’t have gone out and about risking to catch the deadly coronavirus if they were well informed on incubation and absence of symptoms

No leaflets, no offline information, no videos, nearly nothing on media explaining the virus can be asymptomatic and still be deadly and even more deadly right for this reason.

We need urgently official information and videos clearly reaching all citizenship, all slices of our multilevel society: there isn’t any right now.

As it’s impossible to test the entire population the urgent solution, and message, is ‘stay home’. But if we do not explain why we risk our own life and that of others if we go out, people will never follow the rules. 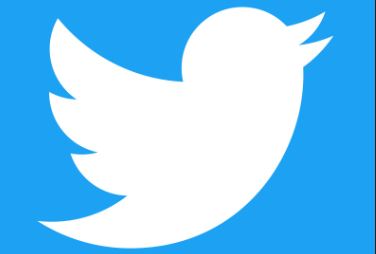