No surprise as Tories survived no confidence. Only a shift in the DUP or defections within Conservatives could make a difference

May’s government survived the no confidence vote called by Labour 325 to 306, with a narrow gap of 19 votes. A Look to how MPs voted makes clear even if the 15 abstentions voted yes, the motion would not have passed.

Only a split within the Democratic Unionist Party or defections within the Conservatives would change such a state of power in the British politics. Within the abstentions we find all the seven Sinn Féin, three Labour, one Conservative three Independent MPs.

The DUP, which is holding a hung parliament to life, confirmed its support to May although voted against her deal. The advantage is in any case, mutual as Northern Ireland Unionists had, from the 2017 elections, the chance to exit a totally marginalised political corner thanks to their alliance with the Tories; a political impact they are not ready to give up and that would be lost in case of new elections and the prospect of a Labour government.

It is a pure matter of numbers then. Even if all MPs, excluded Conservatives and DUP, backed Corbyn he would not gain any majority of votes in a motion, despite the narrow margins, unless Labour started a policy of transversal alliances.

​No defections from the Conservatives, as yet. Even those who are backing the People’s Vote for a second Brexit referendum and the hard brexiteers who voted down May’s deal, showed loyalty and promptly defended the majority from many facts and figures based accusations of anti democratic and anti social policies, in order to keep their seats secure.

It is Democracy. “No one pretends that democracy is perfect or all-wise. Indeed, it has been said that democracy is the worst form of government except all those other forms that have been tried from time to time” as Winston Churchill said right in the House of Commons on 11 November 1947.

How MPs voted in the no confidence motion 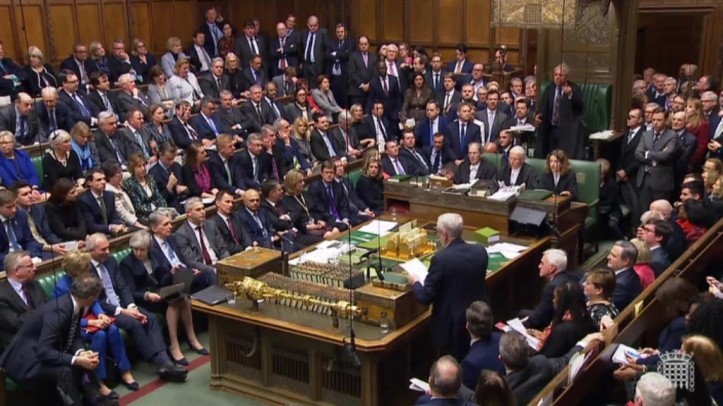 VIDEO – Flowers at the Ukrainian Embassy in London: “I am shocked…I just want them to know we think about them all the time”. @UkrEmbLondon #StandWithUkriane #StopRussia