Our work for the future: from Artificial Intelligence to Actual Rights; a wake up call to get ready for 2030

It looks like it’s too early for concerns about robots stealing our jobs: over the next 12 years the struggle for work, rights and wages will still be entirely human.

“We are living the longest period of wages stagnation of the last 20 years”, says Kate Bell, head of Economic and Social Policy at the TUC; and the young audience of ‘Imagining Work In 2030′, one of the series of events of the international Think Tank ‘PS21’, definitely agrees with her.

“Employers are shifting their own risks onto workers through the progressive elimination of contracts and responsibilities such as sick pay and pension contributions, leaving workers with no protections or bargaining power, eliminating their capacity to ask pay rise. All this will have an impact on the public sector because if companies will not contribute to pensions and in-work poverty will increase, the state will have to fill the gap. The future of work depends on the dynamics of power between workers, companies and the state”. A wake up call from Bell…

Pity: we went excited at the humanoid white robot Star-Wars-style on the event invite…we thought we could go on dreaming in 3D about tech-miracles and Artificial Intelligence, with the illusion the only risk we would run in the future would be robots stealing some underskilled jobs. Instead so far the only blue collar robot hired full time in a fast food had been soon fired and kicked off with no notice period because was too slow.

That means in 2030 we can’t hope to lay on the sofa watching on TV robots rallying for workers rights on our behalf. We will have to stand up ourselves and walk the path of history again or invent a new one to defend us from future techno-threats.

All this on global scale, as Peter Apps suggests: as Reuters Global Affairs columnist he founded PS21, Project for the Study of the 21st century, to think out of the box of geopolitical space and observe global issues through the multiple perspective of diversified panels. 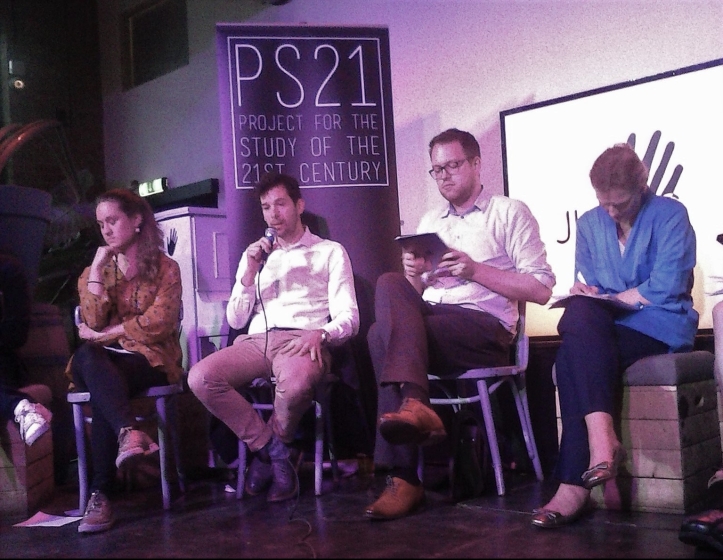 THE BATTLE – Greece wants the Elgin Marbles back